When thinking about the potential to be sued, many attorneys imagine the possibility of malpractice lawsuits - suit brought by former clients alleging they did not do their job well enough.  Few consider the possibility of lawsuits by adverse parties for issues such as malicious prosecution or abuse of process, which in a sense allege that the attorney did their job too well.  Despite this, twenty percent of lawsuits filed against attorneys are filed by adverse parties.  These cases can pose interesting challenges for attorneys and raise difficult questions under professional liability insurance policies.

A Case Of A Frivolous Lawsuit

A recent case out of Pennsylvania highlights a number of these issues.  Villani v. Seibert reached the Supreme Court of Pennsylvania on an interlocutory appeal the trial court dismissed a lawsuit against an attorney on grounds rooted in the Pennsylvania constitution.  The underlying case involved a dispute between neighbors over a fifteen foot stretch of land.  The plaintiffs in the initial case filed for quiet title to the fifteen foot stretch of land and then initiated ejectment proceedings, winning both actions.  Subsequently, the defendants in that case sued the initial plaintiffs and their attorney under Pennsylvania’s Dragonetti Act.  That act creates an independent cause of action for parties to sue those who file frivolous lawsuits against them.

The attorney being sued filed an objection to the lawsuit on the grounds that as applied to attorneys, the Dragonetti Act violated the Pennsylvania constitution.  The Pennsylvania Constitution specifically provides that only the Supreme Court of the State of Pennsylvania has jurisdiction to prescribe rules for the practice of law and the behavior of attorneys.  The Supreme Court of Pennsylvania had adopted Rules of Professional Conduct that addressed the filing of frivolous lawsuits and defined the terms therein differently.  The trial court agreed with the attorney that the Dragonetti Act as applied to counsel violated this provision of the Pennsylvania Constitution because it infringed on the separation of powers.

Overruled By The PA Supreme Court

The Pennsylvania Supreme Court overruled the trial court.  In a six to one decision, the Court addressed and gave voice to many of the concerns voiced by the attorney being sued and the trial court below while still upholding the applicability of the Dragonetti Act to attorneys.  The Court found that the legislature had the right to create a legislative remedy for victims to frivolous lawsuits.  The Court framed its decision as one refusing to grant attorneys immunity from truly harmful actions, but left open the possibility that would decide suits focused more specifically on issues like punitive damages against attorneys or cases that involved a good faith argument for the extension of the law quite differently. 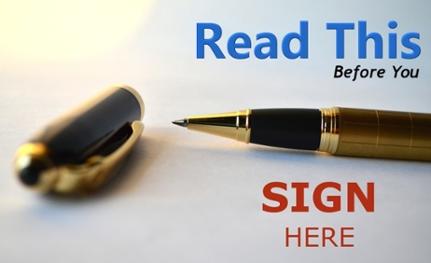 A Warning For Lawyers

The case has huge implications for attorneys practicing law in Pennsylvania.  Already lawyers have seen verdicts against them ranging in the millions of dollars in Dragonetti actions.  Insurance coverage for these claims can be complicated, as insurance policies normally do not cover intentional wrongdoing, though many professional liability policies cover malicious prosecution claims.  Attorneys must be aware of their own liability while zealously advocating for their clients and speak to their professional liability insurance providers to know the limits of their coverage - in more ways than one.