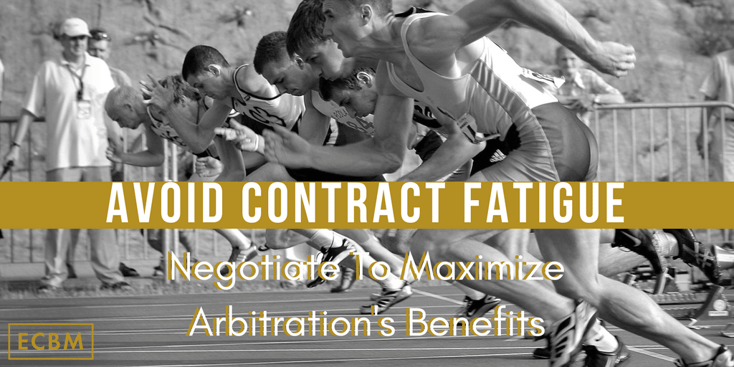 Business contracts often involve painstaking negotiations over contract clauses related to performance and price.  Given the care and time spent on these major clauses, it can be relatively easy to overlook other sections of the contract that seem like boilerplate.  These boilerplate terms of the contract, however, can have a great effect on the outcome of any dispute should one arise.

Many contracts these days include arbitration provisions.  The long delays and high costs of litigation in the various state and federal court systems have caused businesses to implement alternative dispute resolution solutions when conflicts arise.  Arbitration allows the parties to submit their disputes to a supposedly neutral third party in a manner meant to reduce the total cost of the dispute.

Kevin Forbes, VP ECBM, reminds, “Too many businesses include a simple clause agreeing to submit any disputes involving the contract to arbitration.  This can create issues down the line as the contract will be silent on crucial issues necessary for arbitration to proceed smoothly.  In these situations, parties can spend as much time and money arguing over the rules for arbitration as they would in bringing a case under the normal rules of litigation.”

Instead, where possible, companies should try to include detailed provisions in their contracts that lay out clear rules for arbitration. READ MORE: BEFORE YOU SIGN: WHAT CHOICE OF VENUE MEANS FOR YOUR BUSINESS

Arbitrators- A Team To Back You Up

One of the first things to address in negotiating arbitration provisions in contracts is to specify who should serve as arbitrator.  Rarely will companies be in a position to name a single specific individual to oversee all disputes.  However, parties to a contract for arbitration can agree to the type of qualifications and certifications necessary for an arbitrator to hear their dispute.  Alternatively, the contract may want to specify the use of a specific company or organization that provides arbitration services such as the American Arbitration Association.  Some companies also like to create a list of agreed upon arbitrators.  Companies may also want to consider using a three or five person arbitration panel, though of course using more arbitrators increases the cost of arbitration.  One potential set-up for a multi-person arbitration panel involves letting each party to the contract select one arbitrator and then having the two arbitrators chosen by the parties agree on who to appoint as the third arbitrator.

Scope- Keeping A Lid On Things

Scott Nuelle, VP ECBM, adds these comments.  “Parties also need to consider defining the scope of arbitration and the powers of the arbitrator.  There may be certain types of disputes one party wishes to exclude from arbitration.  Companies may want to limit the type of damages available in arbitration as well; excluding punitive damages can save companies a lot of money as one example.”

On the other hand, because arbitration rulings generally are not subject to any meaningful sort of appeals process, organizations may want to ensure that damages that exceed a certain threshold or disputes that affect a core area of a company’s business should remain the jurisdiction of the traditional court system.  Companies may not want ownership of key intellectual property decided by a single arbitrator after limited discovery and no opportunity to appeal. 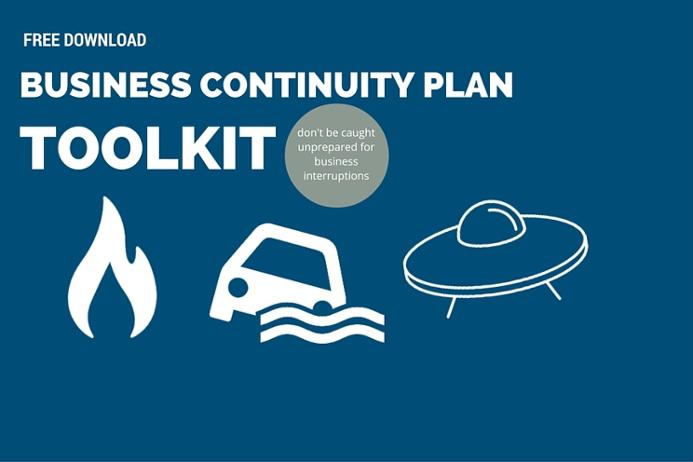 Speaking of discovery, the extensive discovery rules of civil litigation in the United States are a major driver of litigation costs.  Engaging in arbitration in the hopes of lowering litigation costs while agreeing to discovery rules in arbitration as extensive or more so than the civil litigation rules serves little purpose.  Companies may want to consider agreeing to provisions in their arbitration clauses that reasonably limit the types of discovery available.  Ways of doing this may include placing strict limits on the number of depositions available to each party or employing a stricter test for relevancy.

These are just some examples of ways companies can agree to arbitration provisions that better serve their purposes than simple boilerplate language that asks more questions than it answers.  Companies should of course consult their lawyers when appropriate on employing any of these terms and how they may affect the company’s positions.