Will Your Insurance Policy Cover Risks From Indemnification Clauses? What Types Of Damages Should Be Covered By An Indemnification Clause?

One issue that parties need to consider is the type of damages covered by such an indemnification clause.  Many commercial contracts seek to limit the possibility of recovering consequential damages.  However, an indemnification clause that seeks to cover all losses resulting from a breach or failure to perform would conflict with the attempt to limit consequential damages.  This could lead to a complicated and highly factual lawsuit into the intent of the parties - normally the exact type of situation these contract clauses seek to prevent.

Looking Further Down The Line For Potential Issues

The Effect Of The Indemnification Clause On A Third Party

Companies should also consider how these indemnification clauses affect their relationship with third parties.  A breach or an act of negligence by one party might cause the other party to default on their obligation to third parties, resulting in multi-party litigation.  Imagine a situation where Party A fails to complete its obligations under a construction contract with Party B causes Party B to default on its commercial lease obligation, leading the tenant Party C to sue Party B.  Party A, the construction company, may not know to any degree of specificity how its breach affects a contract it has never read or seen but may find themselves intertwined in a lawsuit based on that contract and covering the losses under that contract.

On top of that, indemnification clauses may lead to issues when both parties bear some fault for a loss.  The wording of the provision may determine whether the parties share that burden proportional to their blame or whether the party at greater fault bears the entirety of the loss, regardless of whether it's a suit between the two parties or a third party suing the two parties to the contract. 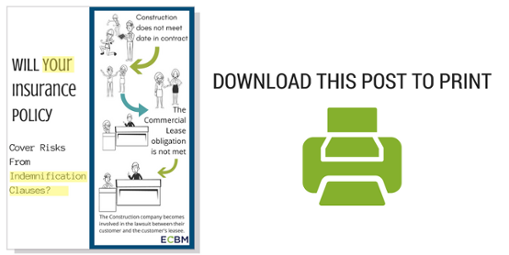