The report, titled the National Botulism Surveillance Summary 2015, contained information on 39 confirmed cases of foodborne botulism in the United States in that year.  This figure represented approximately double the number of cases from 2014 or 2013.  Those cases involve contamination of canned carrots and canned potatoes, as well as multiple cases caused by seal oil or seal flippers (all located in Alaska).  The 39 cases included a fatality. 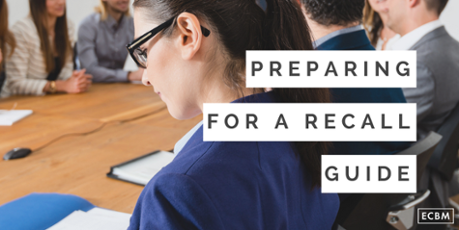 Botulism is caused by a bacteria that enters the human body and begins producing a toxic substance that affects the nervous system.   The toxin interferes with the ability of the nervous system to communicate with muscles; it prevents the muscle from contracting.  The damage lasts until such time as the nerve can grow a new axon unaffected by the neurotoxin.  Affected people suffer weakness, temporary blindness, and fatigue.  Eventually it leads to paralysis of the limbs and finally fatal respiratory failure if untreated.  Antitoxins for botulism do exist, but they can cost close to $50,000 in certain situations.

Where Are Infected Products Coming From?

"Foodborne botulism often happens as the result of improper food handling procedures, specifically around improperly canned foods.  This is one of the reasons why so many botulism cases result from home-canned foods in the United States, says Gloria Fobes, Executive Vice President of ECBM. " But as more specialty foods hit the market, the risk increases."

Appropriate temperature and acid control during process and storing are vital.  The bacteria generally avoids high acid environments so people can prevent botulism through adequately controlling the pH of their canned or jarred products.  Commercial canners also normally use a process called a botulism cook to protect their products from botulism, heating the product to approximately 240 degrees Fahrenheit for a significant period of time to ensure the destruction of both the botulinum bacteria and its spores.

Actions Have Been Taken To Protect Public Health 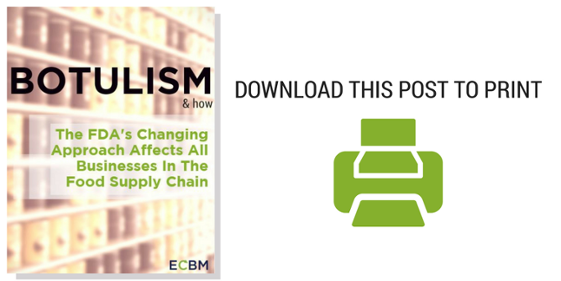