The Drone Slayer Had His Day In Court 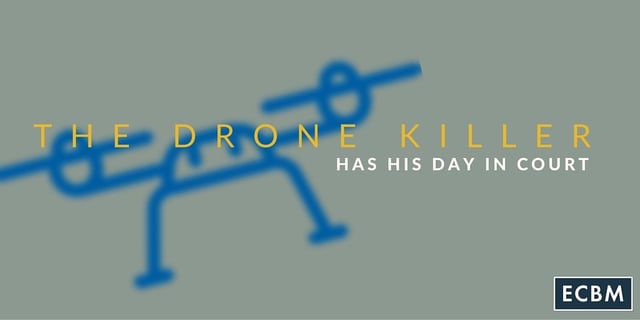 On January 6, 2016, a lawsuit was filed in Kentucky that has wide-ranging implications for the future of commercial drones in the United States.  The lawsuit involves William H. Merideth, who calls himself the “Drone Slayer”, who shot down a $1,500 drone flying over his property in July 2015.

The “Drone Slayer” claims the drone was spying on his teenage daughters.  The hobbyist (David Boggs) disputes these allegations and was seeking damages for the loss of his drone.

Bullitt County Judge Rebecca Ward dismissed the case against Merideth, who acknowledged shooting down the drone.

"I think it’s credible testimony that his drone was hovering from anywhere, for two or three times over these people’s property, that it was an invasion of their privacy and that they had the right to shoot this drone," Judge Ward said. "And I’m going to dismiss his charge."

Not All Said And Drone?

The lawsuit raises interesting questions at the heart of many debates about the use of drones.  Most importantly, it involves issues of where to draw the line between the rights of private property owners, the rights of the federal government to regulate “airspace”, and the rights of drone hobbyists.

The question of where airspace technically begins has long fascinated legal scholars.  The only salient case on the topic was decided by the Supreme Court back in 1946.  That case upheld the rights of a private property owner as it related to military bombers flying less than 100 feet above his land.  The Supreme Court stated in United States v. Causby, “The landowner owns at least as much of the space above the ground as he can occupy or use in connection with the land.”

Yet, the Court in Causby also held that the airspace of the United States qualifies as a “public highway.”  The Federal Aviation Administration has often sought to regulate flight from the ground up.  It bans the use of model aircraft above 400 feet and the flight of manned aircraft below 500 feet.  Its regulations on the subject of drones though stretch that interpretation past the point of reasonableness in the eyes of some legal scholarships.

READ MORE: AN IDEA WITH WINGS: THE BUZZ ON INSURANCE CONCERNS & COMMERCIAL DRONE USE

As it relates to the Kentucky case, if the drone flies at altitude that puts it within private property of another, the drone and its owner are trespassing.  This would put the “Drone Slayer” within his rights to protect his property through force under Kentucky law.  If the drone, however, flew at altitude sufficient to qualify it as public airspace, then compliance with FAA drone regulations should protect the drone hobbyist and his drone.

Regardless of the outcome of this particular case, conflicts like this will only increase as the use of drones for commercial interests increase.  Businesses seeking to use drones commercially will have to stay abreast of this changing and evolving legal landscape to minimize their risks of loss and keep their drone premiums low. 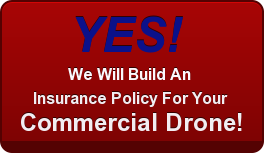 In The Netherlands, Police Have Started Training Birds Of Prey To Attack Drones

What do you think will be the next step in drone use and boundries? Answer in the comments section below.