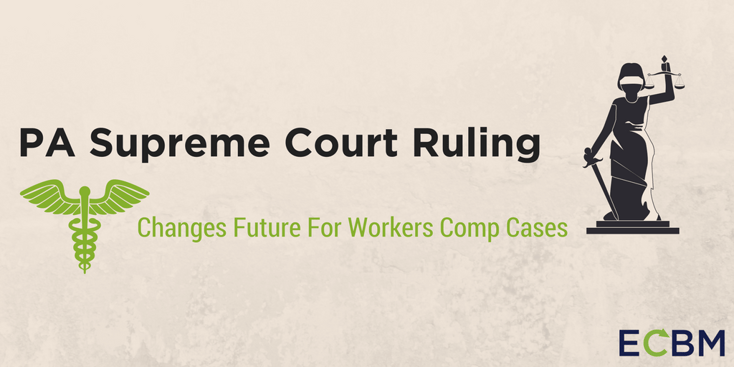 In June of 2017, the Pennsylvania Supreme Court overturned a long-standing worker’s compensation law on what seemed like a technicality to many legal outsiders. The decision had the potential to overturn an important part of disability determinations aimed at keeping costs for employers reasonable and will lead to higher insurance premiums for Pennsylvania employers.

The Derry Area School District used this mechanism to have Mary Protz placed on partial disability status after she was injured on the job in 2007. The independent doctor used the sixth edition of the AMA Guides. Facing a cap on her disability payments, Protz appealed the decision and claimed the Pennsylvania legislature had delegated its legislative authority in violation of the Pennsylvania Constitution. A lower court agreed with Protz, and remanded the case back to the Workers’ Compensation Board. Both sides at that point appealed the case to the Pennsylvania Supreme Court, with Derry asking that the original order of the Workers’ Compensation Board be reinstated and Protz requesting that the original order be overturned without remand. Read More From Our Blog About Workers' Compensation

Not Allowing A Third Party To Make Changes To PA Legislature

The case turned on the use of the Pennsylvania legislature’s repeated references to the “most recent” American Medical Association’s Guides. Such language in a law allows a third party (in this case, the American Medical Association) to make changes to Pennsylvania’s standards and laws without appropriate review by or responsibility to the Pennsylvania legislature. The lower Court had found that interpreting the statue’s use of “most recent” to mean the most recently issued at the time of the examination would render the law unconstitutional. It therefore chose to interpret the meaning of the phrase as a reference to the most recent Guides at the time the legislature passed the IRE law. The lower Court therefore remanded to the Workers Compensation Board to render its decision under the fourth edition of the AMA Guides.

How This Will Change Workers' Compensation Law In PA

The Pennsylvania Supreme Court found the delegation of authority to the AMA unconstitutional much like the lower court. However, it overturned the lower court’s remand to the Workers Compensation Board and instead held the entirety of the IRE law unconstitutional. This has resulted in a significant change to workers compensation law in Pennsylvania and exposed businesses to more extended total disability payments. Workers compensation rates have already begun to increase.

One may consider this case of the Supreme Court using a technicality to overturn a law that existed for more than twenty years or a case of a poorly and lazily drafted law being properly overturned by a Court who insists on the legislature doing their job properly. "At the end of the day, though, the case has introduced significant uncertainty into many workers compensation cases," says Paula Devaney, Claims Director at ECBM.

The Pennsylvania legislature has already moved to correct the problem by simply replacing the phrase “most recent” with references to a specific version of the AMA Guides, though it may be sometime before the new law passes and can go into effect. See Impacts On The PCRB Website. 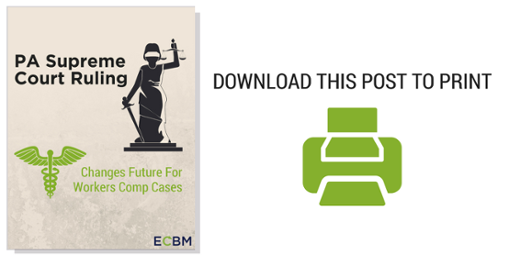