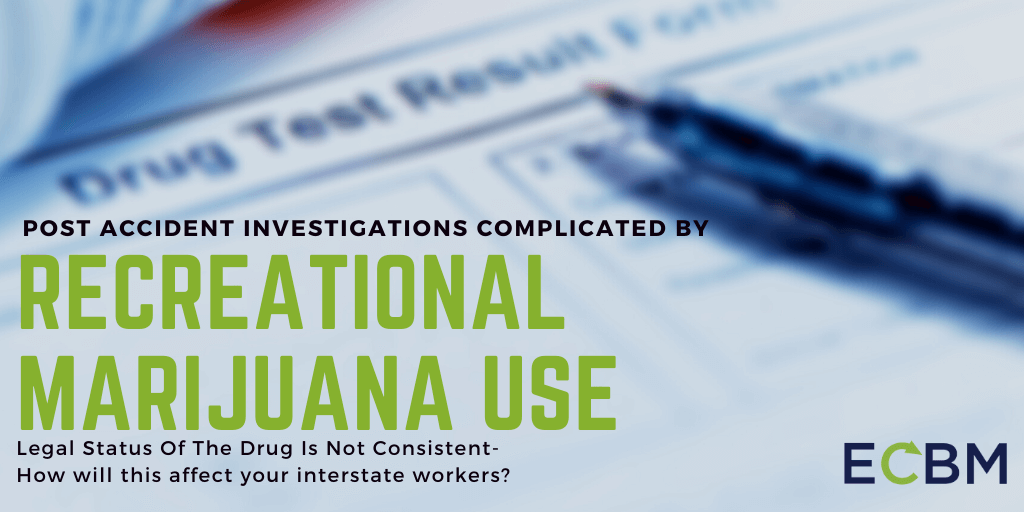 As more and more states legalize marijuana use for recreational and medicinal purposes, employers face a significant conundrum. Employers have to decide how to treat positive marijuana tests within their business. For those employers in safety-sensitive fields, ensuring that employees can pass drug tests is necessary for continued operations and limiting liability.

Legal Use Of Marijuana

Thirty-four states have legalized marijuana either recreationally or medicinally as of 2019. As far as the federal government is concerned, marijuana is still classified as a Class I controlled substance with no valid medical use. However, under pressure from legislators in states that have legalized marijuana, the federal government has agreed not to prosecute the legal use of the drug in those states. Positive Tests On The Rise

This legalization has led to a significant increase in the number of employer drug tests coming up positive for marijuana. Within the specific context of federally regulated transportation workers, positive marijuana tests have increased twenty-four percent over the last five years. Of particular concern to the federal government and the trucking industry, post-accident testing of drivers showed positive tests forty percent higher than pre-employment screening. These increased positive test rates raise significant concerns for trucking companies, whose safety records and insurance premiums depend on ensuring their drivers are safe and sober.

Testing Is Not Conclusive

The nature of marijuana testing complicates the matter further. Unlike many other intoxicants such as alcohol or methamphetamines, marijuana stays in the body for a long period of time. This fact makes it hard to distinguish through testing between use on the job and use during time off work. A person using marijuana once on Friday night might still test positive for the drug a week or two later. But a positive test is a positive test, particularly within the framework of post-accident testing. This essentially places employers in the position of policing their employee’s recreational hours.

Read More: Up in Smoke? Legal Marijuana Use for Medical and Recreation and its Impact on Workers’ Compensation

States Not In Agreement On Standards

States have also not been able to agree to consistent standards for marijuana intoxication. While all states prohibit driving under the influence of marijuana, enforcement is complicated by the difficulty in establishing intoxication in a legally sufficient manner. States have also varied on the extent to which employers can terminate employees due to medicinal marijuana use, with some states barring the practice.

Ultimately, this creates a potential minefield for employers, especially for trucking companies. Companies need to establish clear guidelines with the assistance of legal counsel to ensure that they comply with federal requirements for the safety of their drivers and any state laws that may impact the issue in the states where they do business.