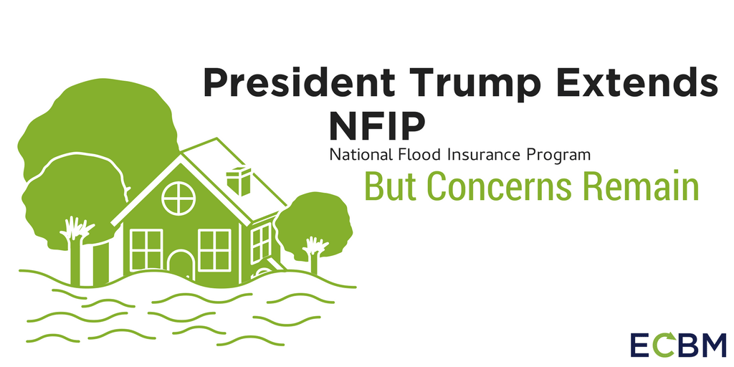 In the wake of an aggressive hurricane season doing extensive damage to the southeast part of the United States, many homeowners are realizing that their basic homeowner’s policy does not cover flood damage.  Instead, flood damage insurance in the United States has to be purchased separately.  Most people who have flood insurance policies purchase their policies through the National Flood Insurance Program.  That Program faces a number of challenges moving forward that may affect the affordability of its offerings.

The National Flood Insurance Program was originally created by Congress in 1968.  The program operates through community agreements aimed at reducing flood risks.  If communities agree to implement appropriate protections and regulations against floods, the NFIP agrees to offer low-cost flood insurance to protect buildings within that community.  As a result of the attempt to offer flood insurance at an affordable rate, the NFIP has rung up large debts in the wake of recent repeated flooding, especially in Texas and Florida.  By 2011, those debts equalled seventeen billion dollars ($17,000,000,000.)  Just a few years early, in 2014, those debts surpassed twenty four billion dollars ($24,000,000,000.) 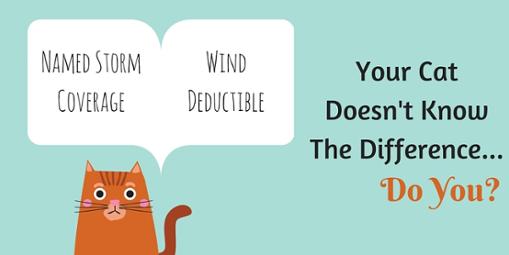 The tension between offering affordable rates and becoming financially self-sufficient has led to difficult legislative battles in the past few years.  Congress passed a law requiring the NFIP to base premiums on actuarial risk models in 2012 with the goal being to make the program financially stable by raising insurance premiums.  The law never went into effect as Congress passed different legislation in 2014 overriding the 2012 law.   READ MORE: Windstorm Coverage: If you believe your property policy responds to a hurricane... think again!

At the same time, reauthorization of the program has become politically complicated due to its huge debts.  The National Flood Insurance Program must be continually renewed by Congress - normally once every five years.

On January 22, 2018, the President signed legislation passed by both houses of Congress that extends the National Flood Insurance Program’s (NFIP’s) authorization to 11:59 pm on February 8, 2018. Various groups have called for massive reforms to the program, claiming that it encourages too much development in floodplains and that it has not adequately revised its policies to account for increased likelihood of flooding due to climate change.  Critics point to the fact that approximately one percent of properties that flood repeatedly are responsible for over twenty five percent of the program’s claims as an example of the perverse incentives created by the program.  READ MORE: How To Speed Up The Claims Process In 6 Steps

Given the large number of people impacted, it seems unlikely Congress will allow the NFIP to fully expire.  Yet most in Congress also agree that the program needs significant reform even if they cannot agree on the shape of that reform.  Phil Coyne, Vice President at ECBM advises" Property owners, especially those in areas at high risk of flooding, need to keep abreast of developments in this area or find themselves facing potentially catastrophic losses." See updates here from FEMA. 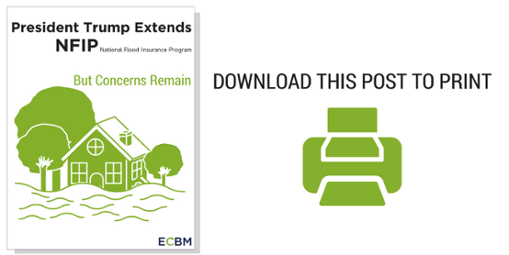