The Duty To Defend Can Differ From State To State

These cases so far have presented good examples of the complexity surrounding questions that implicate an insurance company’s duty to defend a policyholder from lawsuits, as well as illustrating the distinctions in how various states treat the duty to defend.

While it’s often stated that the duty to defend is greater than the duty to indemnify, the devil is in the details when it comes to determining how far the duty to defend goes.  With respect to opioid litigation, courts have had to examine the nature of the allegations at the center of the lawsuits, the types of damages for which litigants have sought recovery, and allegations with respect to the intent of the pharmaceutical company in making decisions as to whether insurance companies would have to defend drug manufacturers and distributors against opioid lawsuits.

West Virginia first brought litigation against various drug distributors for sparking the opioid litigation.  The various lawsuits alleged multiple violations of West Virginia statutes, federal statutes, and the common law.  Importantly, West Virginia alleged both intentional wrongdoing and negligent and reckless wrongdoing.  Generally speaking, insurance will not cover losses caused by a policyholder’s intentional wrongdoing, but does cover negligent and reckless wrongdoing.  South Carolina and Illinois law states that where insurance will cover one cause of action in a lawsuit, the insurance company must defend against all causes of action in a lawsuit.  As a result, two Court decisions obligated insurance companies to defend drug distributors against West Virginia lawsuits.

A Lawsuit in California

On the other hand, a California lawsuit against a drug distributor similar to the West Virginia lawsuit resulted in a finding that the insurance company had no obligation to defend the drug company against the litigation.  The trial court and appellate court found all the allegations raised in the complaints focused on intentional wrongdoing, as opposed to having occurred by accident.  As a result, the Court relieved the insurance company of its duty to defend the drug company from the lawsuit. 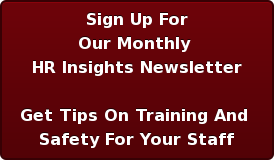 New Jersey has also filed lawsuits against drug distributors recently with allegations focused heavily on intentional wrongdoing.  New Jersey law also holds that where an insurance company is called to defend against litigation involving both covered and noncovered allegations, the cost of the defense should be allocated between the defendant and the insurance company accordingly.  While a Court has not ruled on the issue yet, these distinctions may be crucial in the outcome of the litigation.

These cases highlight how important small distinctions can be in determining who pays for multi-million dollar litigation defenses.  Plaintiffs have an opportunity to intentionally draft complaints that will invoke or exclude an insurance company’s duty to defend based on their desired outcome by including or excluding allegations of negligent conduct.  As always, jurisdictional differences can play a major role and therefore may also result in forum shopping by plaintiffs.

Dan Slezak, Vice President at ECBM says, "These cases can serve as warnings to companies facing litigation that implicates their insurance company’s duty to provide them with a defense. " He also has some advice for companies, "Having a firm background in these concepts can help a business avoid mistakes early in litigation and ensure more positive outcomes."