Why Would Non-Profits Have Different Risks Regarding ERISA?

The differences between 401(k) and 403(b) plans are small but significant.

For a number of reasons including these legal distinctions, the varying provisions tend to result in 403(b) plans having lower expenses but no employer matching.

While prohibitions on things like profit-sharing may limit some potential for conflict of interest type issues, a number of studies have shown that certain non-profit retirement plans waste large sums of money on unnecessary high fee investments and decisions that maximize plan manager revenues at the expense of plan beneficiaries.  Aon Hewitt estimated potential waste in the field of 403(b) management at almost $10 billion a year.  READ MORE: ERISA And The Continued Controversy Of 401ks and IRAs

Jerry Schlichter, a St. Louis attorney who first sued companies for violations of fiduciary duties due to their failure to manage fees properly, has filed suit against eleven different universities, including a number of high profile Ivy league schools such as Columbia University, Yale University, and the University of Pennsylvania.  Schlichter and his firm have won settlements totaling over $300 million in recent years from similar lawsuits against 401(k) plans.

The lawsuits allege that 403(b) plans have failed to investigate fully options for leveraging their bargaining power to lower expense ratios and expense sharing.  As an example, plaintiffs’ lawyers have pointed out the four hundred or so plan options offered by several of these institutions.  The unique rules that apply to 403(b) plans may limit the success of these new lawsuits though.  Because 403(b) plans can only invest in annuities and registered mutual funds, these plans cannot utilize collective investment trusts.  These collective investment trusts have helped significantly to lower the expense ratios of 401(k) plans.  As 403(b) plans cannot use these vehicles, plaintiffs may have a harder time arguing that 403(b) plans failed to find reasonable ways of lowering fees while still obtaining appropriate returns.

What Non-Profits Should Know About ERISA Now

The universities involved have mostly issued statements denying the allegations in the lawsuits and pointing to regular auditing and oversight of their plans to show their active compliance with fiduciary duties.   Still, ERISA litigation often takes many years to reach trial and most cases settle before trial to avoid litigation costs.  It’s a warning for all organizations offering retirement plans to know their risks and exposures to this type of litigation and take what steps they can to protect themselves.

READ MORE: Supreme Court Rules on 401ks, What you need to do about it 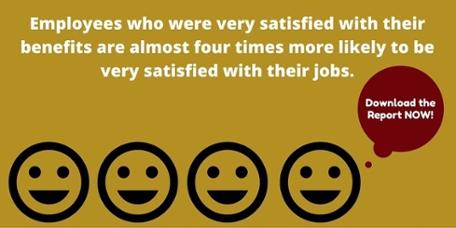