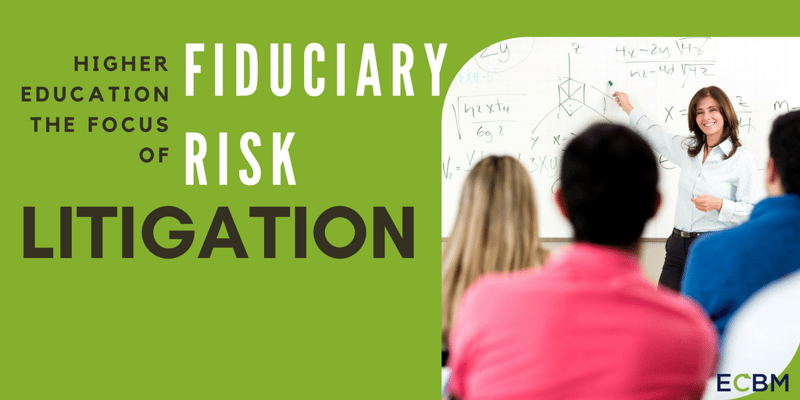 The concerted lawsuits make many similar allegations and advance similar theories as bases for relief.

Defense Started With Motions To Dismiss

As is common, the universities responded to the lawsuits with Motions to Dismiss, aiming to have the cases thrown out for a variety of alleged deficiencies. Courts have started to rule on those motions to dismiss, and those rulings have significant implications not just for those cases moving forward but for how all retirement plan administrators should manage their assets and protect themselves from future litigation.

One of the first rulings came out of Georgia in a lawsuit filed against Emory University. The Court in that case dismissed the allegation that the plan breached its fiduciary duty by offering too many investment options. However, the Court generally allowed the plaintiffs to proceed on their other claims alleging that Emory University had failed to take prudent action to control fees charged to plan participants, finding that their allegations, if proven true, would entitle the plaintiffs to relief.

Other courts have for now offered similar rulings. The judge overseeing the lawsuit against MIT similarly dismissed the claim based on offering too many investment options for failure to state a claim. The Courts overseeing the lawsuit against MIT and NYU have each dismissed claims based on violations of the duty of loyalty. However, most courts that have ruled have allowed the plaintiffs to proceed regarding allegations related to excessive fees. Rulings regarding violations of the duty to monitor have depended on the facts involved with regard to different universities. MIT won dismissal of parts of the duty to monitor claim by showing they had regularly culled low performing funds from their investment portfolio.

Even where these universities have won partial victories early in these cases, they remain on the hook for potentially massive judgments due to an alleged failure to minimize fees and expenses. Kevin Forbes, Vice President at ECBM warns that, "This should serve as a lesson to all plan administrators to regularly monitor their plan options to ensure they are providing prudent and reasonable options for investment based on both fees and returns."