How OSHA's Rule Update Will REquire A Policy Manual Update

In May 2016, the Occupational Safety and Health Administration (OSHA) published a new regulation that significantly changed the reporting of workplace injuries by requiring certain employers to report workplace injuries electronically and making those reports public. 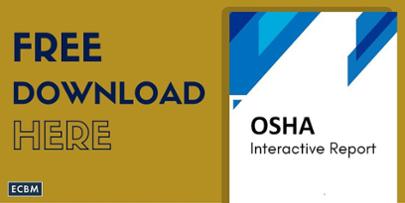 Old Standards vs New Rules Regarding Drug Testing After An Accident

Prior to the new approach, many employers - especially those in high-risk industries - instituted blanket requirements to drug test employees immediately after reporting a workplace injury.

Dan Slezak, VP ECBM, says, “This last reason spurred OSHA to act.  Citing the negative effect such policies had on the reporting of workplace accidents, OSHA amended its policy on post-injury drug testing to label blanket testing an attempt to deter injury reporting.  Attempts to deter the reporting of workplace injuries may cause enforcement actions by OSHA and significant fines.  OSHA hopes that by preventing employers from using drug testing as a way of deterring accident reports the agency can gain a better and more complete understanding of workplace accidents in the United States.” 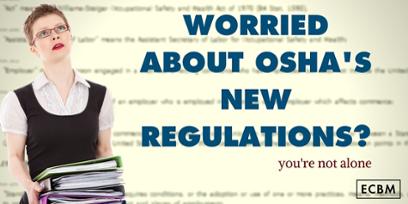 So No Drug Testing After A Workplace Accident?

The new approach does not ban all drug testing after an accident.  However, employers must now first try to determine whether intoxication likely contributed to an accident before requiring an employee to submit to drug-testing.  Testing must also indicate the likelihood that the employee was impaired at the time of the accident and not just show potential use outside the workplace.

Compliance with other laws or regulations that require post accident drug testing in certain situations will not violate the OSHA approach, either.  For example,

OSHA announced this new approach as part of its commentary to its new rule on reporting workplace accident, not as part of the rule itself.  So while the official rules have not changed, OSHA has signaled to U.S. employers that will bring enforcement actions when post-accident drug testing violates its policies against deterring the reporting of workplace accidents.

Companies need to review and revise their policies on such drug-testing to ensure compliance.

READ MORE: Which Injuries Should Be Reported to OSHA? [Infographic]